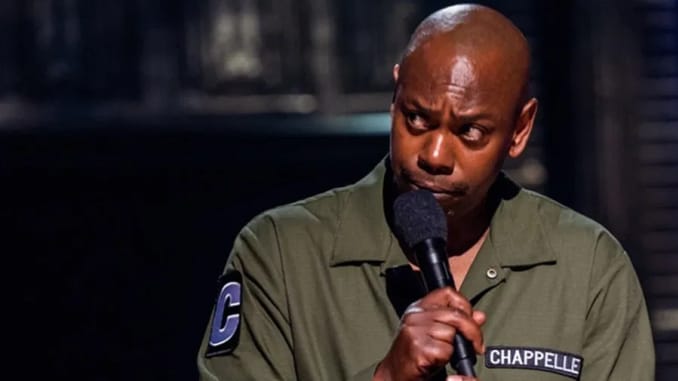 Welcome back to Mental Monday and as promised I delivered…on a Monday. Now, in case you forgot about last week’s topic. You can check it here, and for those that did or are too lazy to read another article. Remember when I mentioned saying things like “People who kill themselves are selfish” is not something you should say even though it’s considered a deterrent to stop people from doing that. Well, here’s a prime example of how to do that and if you read the headline (I’m sure you did) then you’ll know where I’m going with this.

Dave Chappelle: Sticks and Stones appeared on Netflix back in August. And made a lot of people upset with his opening act about Suicide. Some called him insensitive to those that did it as well as the families that lost someone. All fair assumption seeing that the taking of one’s life can have a devastating impact on friends and families. However, it didn’t upset me at all, not one bit. If anything, Dave gave me the ability to not think about suicide ever again. How? Allow me to elaborate with you for a minute. But if you haven’t seen the special yet. I highly recommend you watch it, if so please continue.

Dave used Anthony Bourdain’s suicide as his opening act for the night. He goes on to say that Bourdain had the greatest job in the world. He traveled, ate all the greatest food, and saw the most beautiful places. He then proceeded to talk about a guy he knew that was a genius and was forty-five years old and still living with his mother. He went to an Ivy League school, went to one of the best law schools in the country. Met a woman, fell in love, got married…and lost it all. “Story is, never occurred to this N**** to kill himself,” said Dave to a laughing crowd.

I won’t lie it made me laugh too, why? Well, like I said last week the thought of suicide had invaded my mind a few times. What I didn’t mention that it was only briefly, me wanting to die and take my own life was completely different, but I’ll talk about that some other time. The point here is that Dave literally just showed me that taking your own life is and always will be irrational if you stop for a few seconds and think about other people’s situations.

For example, I’m currently twenty-nine and will be thirty this coming August. I have two degrees (Associate and Bachelors) but a part-time job, little money, and single for ten years as well as living with my mother. You may say it’s not much, but for me, it got to me after a while. Thinking to myself, what did I say and/or do wrong that put me here at this very moment? I followed the rules, I got the degree I needed for a good career, and I was a gentleman to every girl I met. Where did I go wrong?

Thinking about my situation, let’s look at someone else. A homeless person, who is starving, either cold or hot, thirsty, tired, and dirty. If anyone had the thought of taking their own life it would be someone who has nothing. Yet, I don’t see that, I haven’t heard of stories about someone taking their life, because they were hungry. I don’t know what their thought process is like, because I never actually talk to anyone that was homeless. Knowing me, being the introvert that I am I’ll probably never will either.

The fact is Dave Chapelle showed me no matter how bad your situation may get in life. Look around and see if someone is doing worse than you. Count your blessings and take the thought of taking your own life out of your head. Better yet, take the word “suicide” out of your vocabulary once and for all. As I said, I’m dealing with things left and right with no light at the end of the tunnel…yet.

I fight every day to stay alive. I tell myself after fighting to get out of bed and walking out the door. “You’re going to have a great day, Andre. No matter what happens, you’re going to smile and have a great day.” Easier said than done, I know, I know. It’s something though and I don’t want you, the person that’s reading this. The person that is probably thinking about taking their own life right now.

Do me a huge favor right now, just walk outside, read a book, listen to music. Experience everything you can while you can. I know it won’t be easy, trust me I know. I’m still working on that myself. Do what I do though. Just take little baby steps, one day at a time.

If you want to step outside for five minutes, that’s fine. Want to read only five pages of a book, that’s fine too. Listen to just one song, shit go for it. Just know you’re not alone and I’m here for and with you. Let’s fight this thing together head-on…and let’s win.

See you guys on Writing Wednesday.